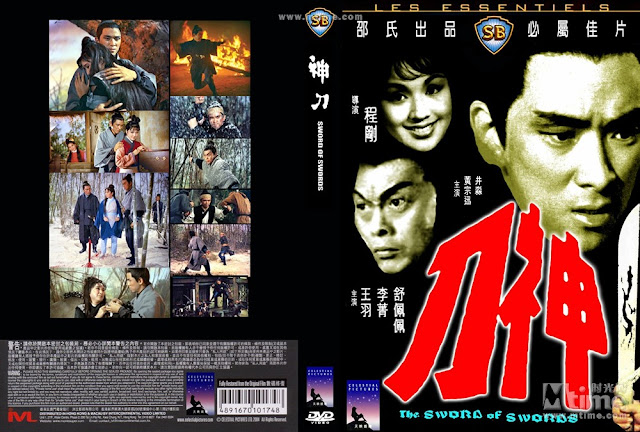 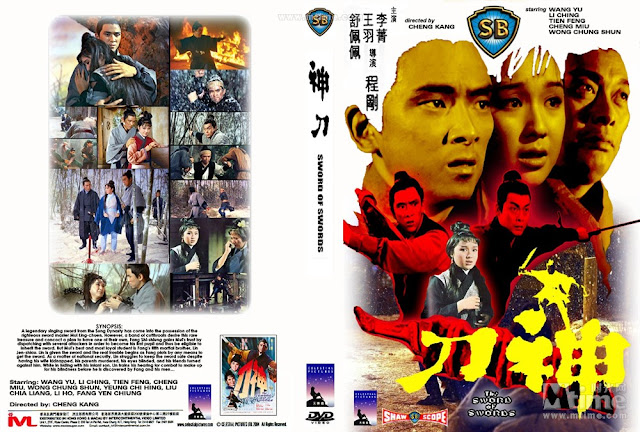 Producer Runme Shaw has assembled the usual cast and crew that works with Chang Cheh including Tang Chia and Liu Chia-Liang as action directors and has replaced him with Cheng Kang to script and direct a Greek tragedy of a tale entitled THE SWORD OF SWORDS (1968). Once it gets going this wuxia tale reminds me of the biblical tale of Job. Let's jump right in and examine the plot.

In the year 1,000 B.C. during the Sung Dynasty,  Meng Yao Chi, a master sword-smith used the best metals available and forged a sword ten years in the making. It was known as The Sword of Swords. When China was invaded by the state of Liao, Meng Yao Chi presented this sword to General Meng Liang and General Meng Liang used the sword to win battle after battle defending China, gaming fame for the sword. After General Meng's death The Sword of Sword was lost for a time until it was rediscovered during the Ming Dynasty in the possession of Master Swordsman Mui Lingchuen. The prince of a nearby barbarian tribe (during the Ming Dynasty this usually meant Mongolian) coveted the sword and dispatched a entrusted warrior, Shang Guangwu to acquire it.

Huang Chung-Hsin plays Shang Guangwu as a depraved, evil, lackey-in-charge who doesn't think it unless you tell him to, dispatched by a barbarian prince to acquire (read steal) The Sword of Swords. The Late Tien Feng masterfully plays Fang Shishiung as an ice-cold, twisted villian who as a child must have pulled wings off of butterflies just to watch them try to fly and is the real mastermind of the hell planned for anyone who stands between him and The Sword of Swords.

Cheng Miu plays Master Swordsman Mui Lingchuen owner of the sword, who has to keep it from falling into the wrong hands. Jimmy Wang Yu is Lin Jenshiau, the hero, that for me, personally, I hate with a passion! The do-everything-to-me-and-my family until even Mother Teresa would have had your head on a stick- Hero that could have ended this sh*t long ago with one proper swing of the sword --but that's just me. There are Shaw Brother loyalists that I have heard love this film, ("it's a classic") and honestly I don't hate it, either, there are just a few plot holes that, the more you love Shaw Brothers the more you can over look the flaws.
HONORABLE MENTION: Li Ching as Jenshiau's wife Bai Feng for putting up with what could have been much worse.

FIGHT TIME: The team of Tang Chia and Liu Chia-Liang are the fight choreographers for THE SWORD OF SWORDS (1968). I counted 5 (five) fight scenes in the movie including the totally worth the whole movie finale that was worthy of these gentlemen getting co-plotters credits (however they don't do that in movies only in comic books). Liu Chia-Liang did a cameo as 2nd brother and a stunt double on the 720 blade attack during the inter-class tournament --sweet!

What we have here, is a successful communication. One of the fundamental rules of public writing is to never give in to using profanity. I violated this rule twice! I so disliked the character of the protagonist that I was literally yelling at the monitor like we did at the movie theater back in the days of 42nd Street. So, was this a good movie? It was a great movie quite simply because this is what a movie is supposed to do. Move you emotionally.  Kudos to Cheng Kang,  we indeed have another Shaw Brothers Classic Production that I wholeheartedly recommend to viewers and collectors alike. See you next time!