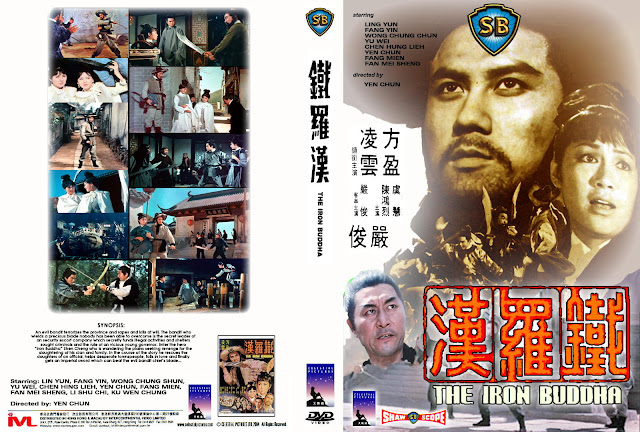 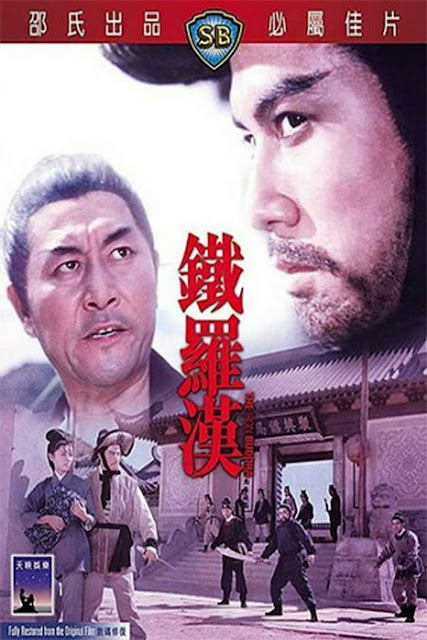 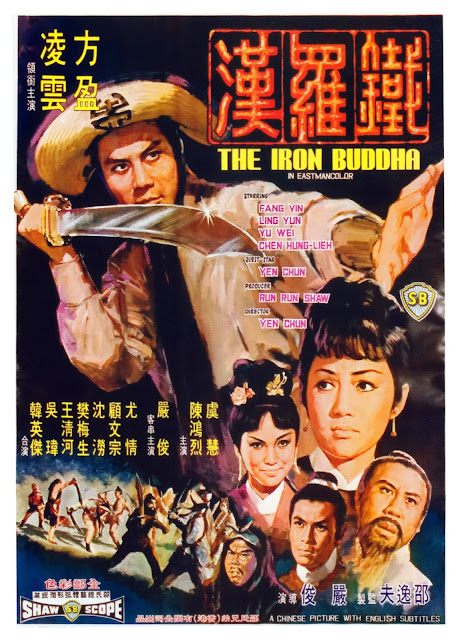 WARNING!!!: The Iron Buddha (1970) contains sexually mature subject matter and is not suggested by this author for young children or squeamish adults, parental guidance is advised.

On November 12, 1970 Shaw Brothers Studios released THE IRON BUDDHA (1970) produced by Sir Run Run Shaw, directed by veteran actor, Yan Jun with the script chores done by two time script writer, Sung Hiu-Wong (as Sung Kang) and action directed by Sammo Hung (as Chu Yuan Lung) and Han Kuo. This is a very twisted but psychologically interesting revenge tale with the revenge seeker in the first half of the tale being an unrepentant serial rapist! Let's get busy!

Xiao Tianzun of the Yun Mountain Sect is on the prowl. He is a serial rapist and has just spotted his next victim in a silhouette from a home he has happened to pass. Unfortunately for Xiao Tianzun, the hero known as Wind Chasing Knife Master Liu Peng also happens to be enjoying the hospitality of the family that owns the home along with his two daughters and his senior student. The hero and his daughter stop Xiao Tianzun from raping the mute daughter of a blind woman and Xiao Tianzun quickly begins begging for his life. Master Liu's daughters and student all protest strongly, nevertheless, Master Liu grants Xiao Tianzun's request to spare his life but scars Xiao Tianzun's chest to teach him a lesson.

It is three years later and Xiao Tianzun has made some changes in his life. He has NOT however, turned over a new leaf. Instead, he has planted roots in the world of the Jiang Hu as a notorious rapist and a very evil man. He has murdered his sifu and his sifu's family. He has acquired the famous Evil Poisonous Sword and with it has joined a heretic sect. He is now lying in wait for Wind Chasing Knife Master Liu Peng and his two daughters. Xiao Tianzun left a note for Master Liu's students to come and collect their teacher's body somewhere in the woods. Xiao Tianzun intends to murder Master Liu rape his daughters and then murder all of Master Liu's students in order to punish Master Liu and the world for allowing him to live. Let's look and see how it turns out for this odd fellow, shall we?

Luo Han is the second eldest of Master Liu Peng's students. He is nick-named The Iron Buddha. As the sole survivor of Xian Tianzun's massacre, it has become his responsibility to seek justice for his master, his clan, the people of Swallow Valley and the murdered family and owner of the Ten Mile Inn. But in order to defeat Xian Tianzun's Evil Poisonous Sword, Luo Han must first travel to the capitol and get the precious Hulong Saber. With villains to the front of him, villains to the back of him and villains to the side of him, will he succeed?

FIGHT TIME (or "can you handle the truth?"): I counted eleven (11) fight scenes including the finale in THE IRON BUDDHA ()1970) which credits Sammo Hung and Han Kuo as the action directors. As far as Han Kuo goes, his entire action directing career spans a whopping total of 3 movies, period. Conversely, Sammo Hung continues to work to this day and the quality of his work is literally, legendary. As politely as I can put it: this is NOT the movie to watch for experiencing quality action direction. Some of the fight scenes are badly over-cranked often looking "cartoonish". The editing is also chaotic and aids in a negative experience with the fight scenes. "Nuff said."
HONORABLE MENTION: none.

RECOMMENDATION
THE IRON BUDDHA (1970) is a peek at pure evil or as close as I have seen so far of pure evil in a wuxia movie. Even though Sung Kang (Hiu-Wong) never wrote another screenplay after this one I can't say why this script would be considered so bad... --okay I can, but themes of the psychological underpinnings of pathological criminals should not only be pursued by television crime drama script writers but those that want to expand and kept the wuxia genre alive. People now-a-days will be more likely to see your movie if there is more to it than "Why did you kill my teacher?" (or "steal my elephant?"). For these reasons I recommend THE IRON BUDDHA (1970) as a "must-see" especially for students of film making, but as a collectible --not so much. See you next time!