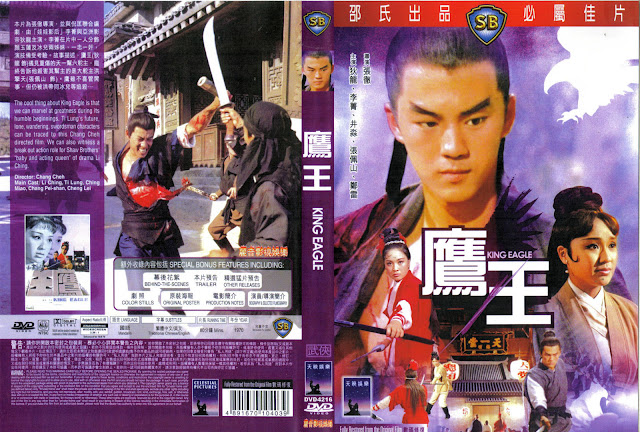 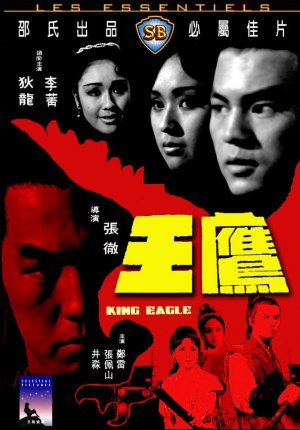 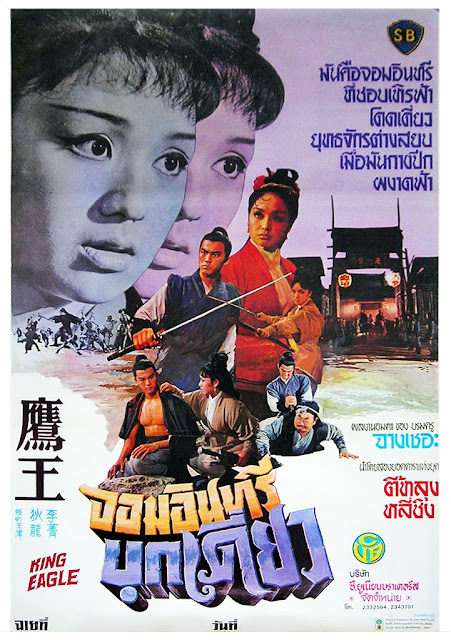 Our first movie of 1971 is KING EAGLE (1971) released on January first it is an all-out fight fest featuring Ti Lung for what (I am guessing) is the hunt for Wang Yu's successor based on the one-note characterization of the protagonist. Sir Run Run Shaw is the producer, Chang Cheh is the director, I Kuang is the script writer, and action directors are Tang Chia teaming up yet again with Yuen Cheung-Yan   (VENGEANCE 1970). King Eagle is basically a murder mystery without the mystery!  Let's get busy!

Tien Yi Tung is a orthodox clan that has done many good deeds for the common people. It is a clan with a headmaster and 8 chiefs. But one of the chiefs, First Chief Hung Sing Tien, wants to be the headmaster himself. He wants to be the headmaster for his own personal gain and not to continue the good work of the Tien Yi Tung. To that end he has assassinated the current headmaster and has arranged partnerships with heretic clans to support his take-over by murdering his own clan brothers. Unfortunately Jin Fei, known as King Eagle witnessed the death of the Sixth Chief, Chu Hung. Jin Fei is not a member of any clan and wants nothing to do with the politics of the Jiang Hu and he makes this quite clear. However, First Chief Hung Sing Tien, has decided that Jin Fei might get in the way in the future and decides to kill Jin Fei anyway. Dude, bad idea!

FIGHT TIME: KING EAGLE (1971) is action-packed! I counted nine (9) fight scenes including the finale. Tang Chia and Yuen Cheung-Yan are the action directors. They have worked together before [VENGEANCE (1970) and HAVE SWORD WILL TRAVEL (1969)] and once again do an excellent job here with mostly sabre (dao) fights that are really fast paced and not just under-cranked. I was thrilled to watch this movie and it was very hard to capture a fight still without any blurr. Kudos!


KING EAGLE (1971) is Ti Lung's first movie where he is dominate for the entire movie and is not sharing the lead role with Wang Yu nor David Chiang. In fact HKMD credits David Chiang with a very small role as an extra or stuntman but I could not spot him. It also introduces Bruce Tong Yim-Chaan in a featured role above extra or stuntman. As I have stated earlier the action is spot on and the only flaw in this movie is with its story. I called it "a murder mystery without the mystery" which you will understand in the first five minutes of the film but there is another point not made clear. Why don't they just leave him alone? Why murder the people in the restaurant? Who were they waiting for in the restaurant if not him? Anyway these questions are forgivable if you are just looking for a good time and I certainly recommend KING EAGLE (1971) for a good time and, any film with Ti Lung in it from Shaw Brothers Studios is an automatic collector's item. That's all for now, see you next time!