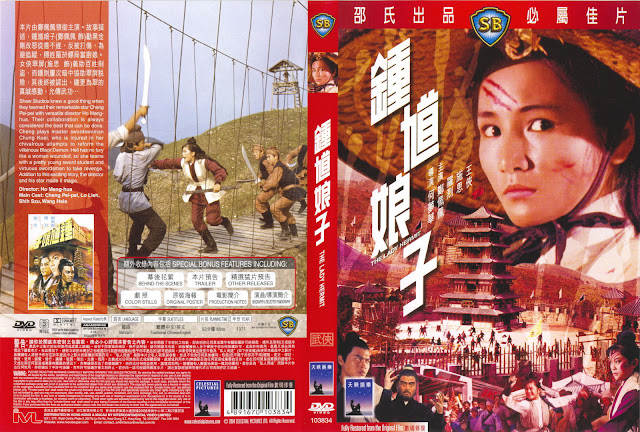 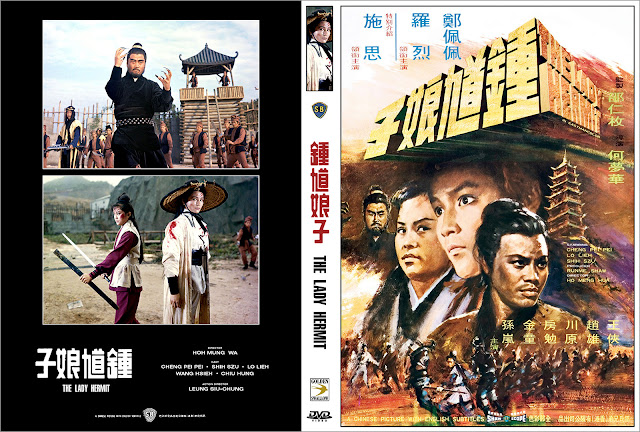 What Cui Ping does not know is that Chung Kuei Temple is a trap for The Lady Hermit set up by her nemesis, Black Demon. When Black Demon and The Lady Hermit last fought three years ago she was severely injured during the battle and has been hiding out recovering from her wounds and developing a counter for the Black Demon's deadly technique "shadow-less claw". If Cui Ping is not careful, instead of just becoming the disciple of The Lady Hermit she may also become the cause of her death! Game on!

FIGHT TIME: THE LADY HERMIT (1971) has Leung Siu-Chung (Lady of Steel) as its action director and just as he did in his last work, his choreography is still crisp and easy to follow while he ups the ante with more fights: I counted ten (10) fight scenes including the finale while Lady of Steel had eight (8) and a creative under-cranking that spiced up the fight in spots. I would love to see more of this style because it adds some suspense to the fight. Action-packed and creative fight scenes, need I say more?

THE LADY HERMIT (1971) features the return of Cheng Pei-Pei and Lo Lieh together in a love triangle but unlike GOLDEN SWALLOW, this movie's third wheel is a woman, the newcomer Shih Szu. There is a saying: "Hindsight is 20/20". and looking at the future of Cheng Pei-Pei this movie could have been her swan song and would have been perfectly fitting as such. The truth is, she did make two more movies for Shaw Brothers one more wuxia and one comedy (released in 1972) before leaving for the rival studio Golden Harvest. The drama of the love triangle added texture and interest to THE LADY HERMIT (1971) and the action was top notch making my recommendation for this movie a must-see and collectible for all audiences. Cheng Pei-Pei's star presence is undeniable but this is definitely Shih Szu's movie and they don't debut better than this! See you next time!