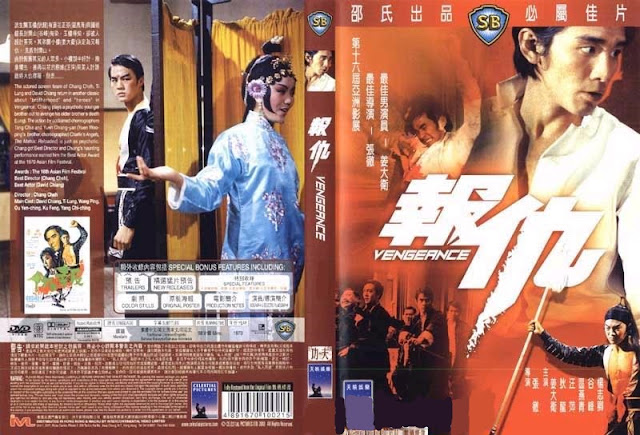 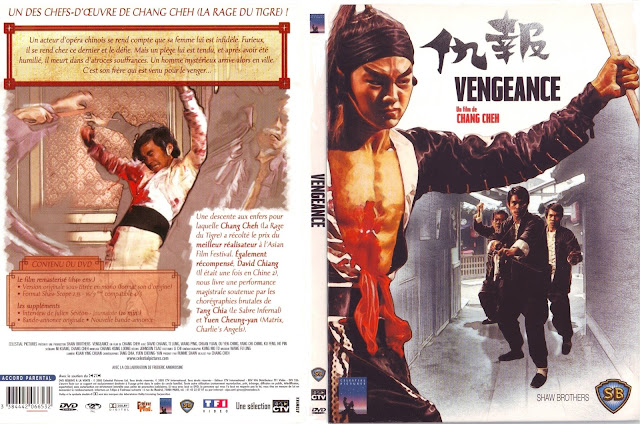 Chang Cheh is back and he is once again turning the new wuxia genre on its head with his creativity. Producer Runme Shaw presents VENGEANCE! (1970), released on May 14th it was directed by Chang Cheh, written by Chang Cheh and frequent co-writer I Kuang. The action is directed by Tang Chia and Yuen Cheung-Yan, two of the best in the business working together once again. Let's get busy!

FIGHT TIME: VENGEANCE (1970) starts a new sub-genre in the category of wuxia films: namely modern kung fu. The movie takes place in the twentieth century, so the weapons and techniques used are more up to date than those wuxia tales of the dynasties of ancient China. Tang Chia and Yuen Cheung-Yan do the action direction that mostly involve hatchets, small throwing knives and huge bowie like knives. I counted four (4) fight scenes but there is still plenty of action throughout the movie. Excellent work!


HONORABLE MENTION: Ti Lung's athleticism in his youth is showcased in his opera performance, don't miss this!

Chang Cheh has done it again! VENGEANCE (1970) is another Shaw Brothers classic movie that is truly deserving of the designation "classic". There are so many firsts and guest stars and cameos of future stars in this movie it is an instant collectors item. As far as the movie watching experience, it is a rather grim but entertaining and thought provoking showcase that no one should miss! See you next time!