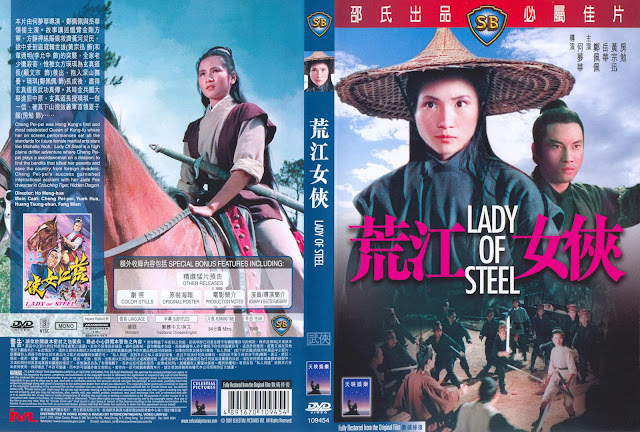 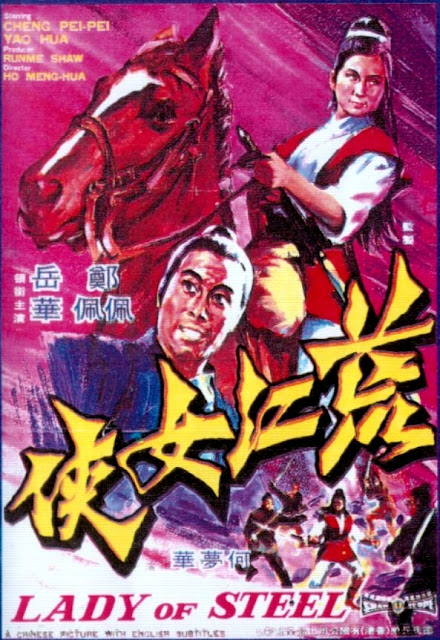 LADY OF STEEL (1970) is a straight wuxia revenge tale released February 27th that uses the Southern Song Dynasty as its backdrop. It was produced by Runme Shaw, directed by Ho Meng-Hua with the script by Liang Jen and action direction by Leung Siu-Chung. Let's get busy!

Security Chief Fang Ning and assistant Chiu Hung are escorting one million taels of silver for refugees along the yellow river, when they stop to rest at an inn off the main road. The inn turns out to be owned by former security chief Han Shi Xiong and his assistant Wei Tong Ming, but Han Shi Xiong uses it to rob and murder escorts that know of the old route that is rarely used. Unfortunately, Chief Fang Ning has also brought along his wife and child and, in this slaughter of everyone, only his child, a daughter named Fang Ying Qi, escapes with her life.

Priest Xuan Zhen found Fang Ying Qi just as she escaped, raised her and taught her kung fu for the past twenty years. Priest Xuan Zhen taught her it was Han Shi Xiong who was responsible for killing her family and although she is ready to take revenge, the Jin invasion of north China and the restoration of the Song Dynasty should be a priority for the heroes of the Jiang Hu and she must wait. Priest Xuan Zhen gives Fang Ying Qi a letter of recommendation to bring to Lord Xia Zi Long, the chief of the Flying Dragon Clan whose fortress is in the Da Kun Moutains, so she may join the effort to fight the foreign invaders.

Fang Ying Qi stops at an Inn along the way to Flying Dragon Fortress that, as fate would have it, is a way station for her life long enemies. She also meets the leader of the Beggar Clan: Chin Shang-Yi. Blades flash and tempers fly as the two masters of martial arts go at it. The rest, is well worth watching for yourself!

FIGHT TIME: LADY OF STEEL (1970) is a straight forward revenge tale albeit well written with action choreographed by Leung Siu-Chung. I counted eight (8) fight scenes that were clean with easy to follow, realistic techniques. At a little over 80 minutes there is no room for boredom, nothing new here -- no doubt, but no boredom at all.

LADY OF STEEL (1970) while offering nothing new is still a solid outing by Cheng Pei-Pei and Yueh Hua who have previously worked together in the 1960's on some of Shaw Brothers great wuxia movies. I am recommending this movie for casual viewers for the entertainment value and for collectors for the appearances of future stars early in their careers. See you next time!