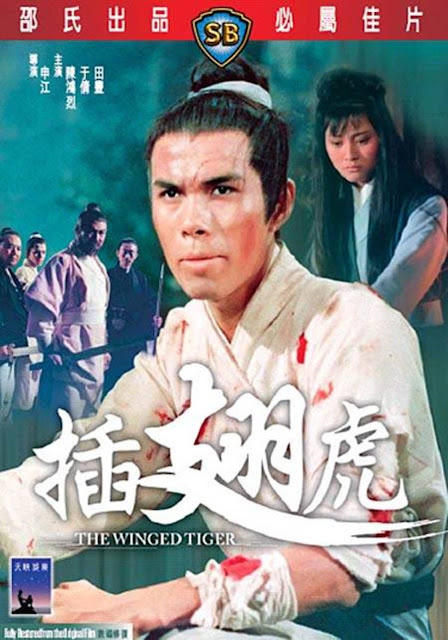 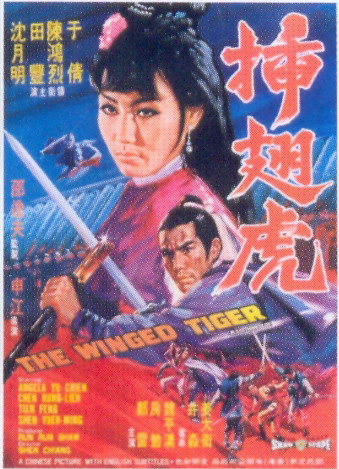 THE WINGED TIGER (1970) is a heist movie with a "Mission Impossible" twist. Produced by Sir Run Run Shaw, written and directed by San Kong ( Shen Chiang ).  The action direction is handled by the long time duo of Tang Chia and Liu Chia-Liang. Released on February 18th, but it feels like it was around a bit before they released it. Anyway, let's get busy!

The Jiang Hu has many schools, clans and styles but they can all be divided into two categories: Orthodox and Heretic. The orthodox clans like Ermei, Wudang and Shaolin are considered the righteous clans. The heretic clans such as The Sun Moon Sect, The Heavenly Eagle Clan and Xuanming Clan are considered the evil clans. Both Master Yin and Deng Fei's clans are considered heretic clans. The orthodox clans are not happy with possibilities of the evil clans ruling the martial world and have a plan of their own to stop them.

FIGHT TIME: THE WINGED TIGER (1970) has action choreography by the great team of Tang Chia and Liu Chia Liang. It has been a minute since these two have had any work released and I am going to say this movie does not look like a product of the 1970's. It is not uncommon for Shaw Brothers to have a project in the can and release it much latter or not at all and this movie's dust is a bit obvious, at least in my opinion but, that said, the work is up to their (Tang Chia and Liu Chia-Liang's) usual standard which is to say it is quite good. I counted 5 fight scenes including its multi-part finale but with the suspense of the hero's infiltration, there is nothing boring about this movie. Great job!

HONORABLE MENTION: The fight scene one hour into the movie was fierce as all get-out and "well worth the price of admission"!