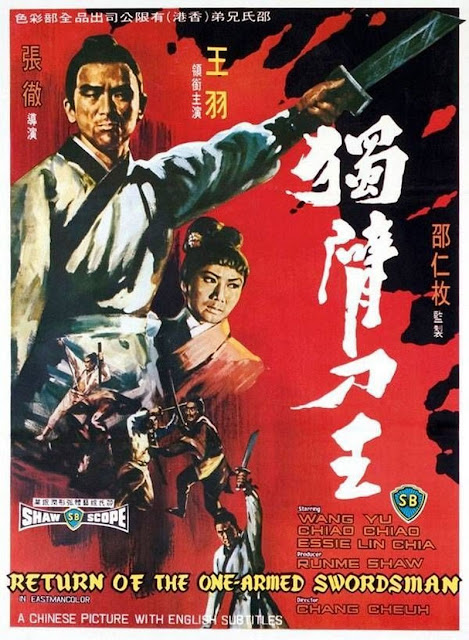 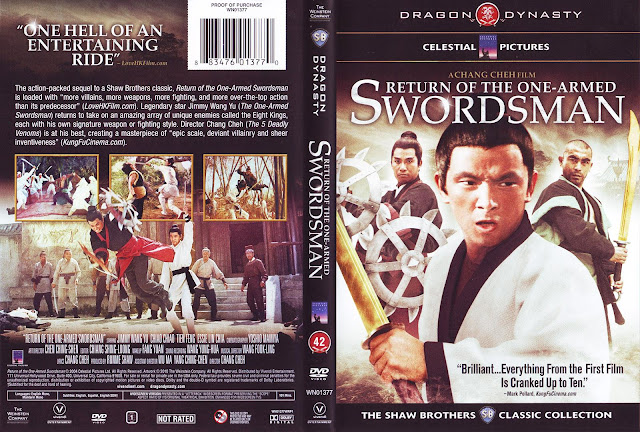 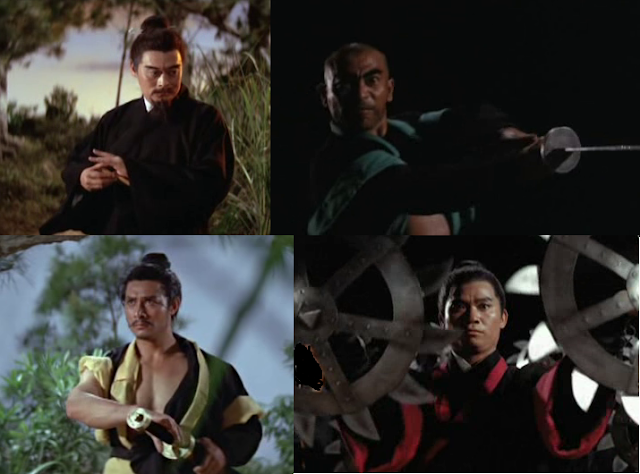 In RETURN OF THE ONE-ARMED SWORDSMAN (1969) a mixed clan called the EIGHT SWORD KINGS over the course of nearly three years have set up a fortress and has now sent out invitations to all the clans of the Jiang Hu that use swords to a tournament to declare themselves (the Eight Sword Kings) worthy of the title "The King of Swords". Refusal of the invitation is not treated kindly and, as it turns out, accepting the invitation is no picnic either. As for the true motive of the Eight Sword Kings --as one of their own (Hua Nianzi "1000 Hands King") says "Why? There is no why. We are doing this for fun!" One of the elder sword clan leaders remembers how a single member of the Golden Sword Clan rid the Jiang Hu of the threat of The Long Armed Devil and believes very strongly thatonly that man can help them once again in their hour of need. 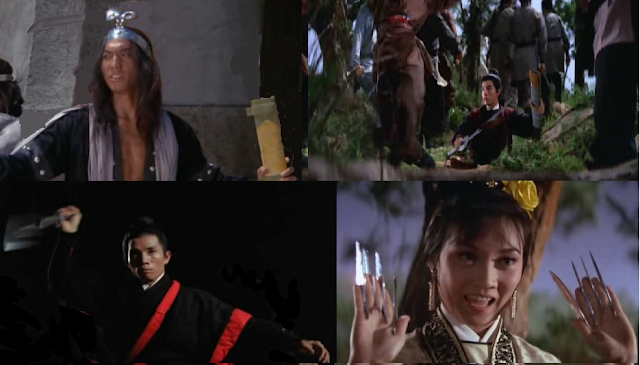 Jimmy Wang Yu is back as Fang Kang - the One-armed Swordsman and this is the part he was born to play. His portrayal is impeccable and is thrilling to watch.Lisa Chiao Chiao also returns as the woman behind the man but with not much to do this time around. Tien Feng is also back but playing the lead villain this time around. Essie Lin Chia is truly noteworthy playing an "innoccent seductress" quite delightfully called "The Thousand Hand King". Liu Chia-Liang and Tong Gaaitake bigger acting bites again as major villains in this sequel of their earlier superb work. It's just that with so many more villains added, their parts are still understandable smaller than the last time out.
Future Star Gazing: once again there is an all-star cast of extras and stuntmen as well as Ti Lung's very first appearance and cameos by David Chaing, and Wang Chung. 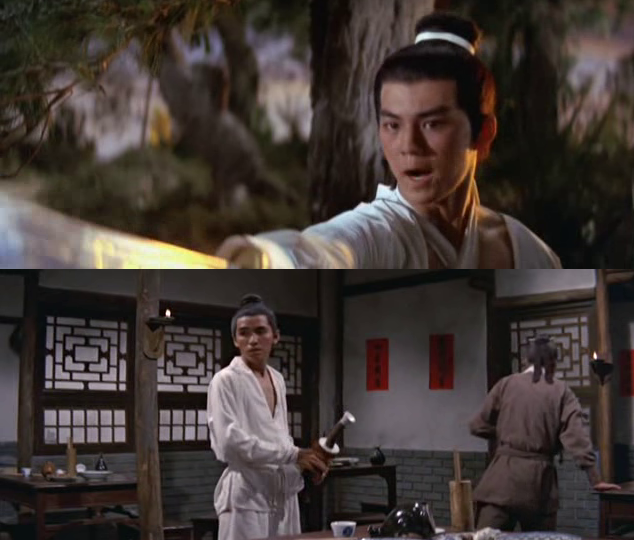 Chang Cheh directed and wrote the script solo on this fascinating look into the psyche of the Jiang Hu. On the one hand you have the very textbook of chivalry in terms of behavior from the sword clan members (with one exception) even in the face of a fascist dictatorship from the Eight Sword Kings. On the other hand you have the psychotic methodical mass murder of the subjects the Eight Sword Kings claim to want to rule but yet murder them outright whether they are in compliance or not. Much heralded as a director I really feel Mr. Cheh is equally a very talented writer as work such as this prove without a doubt.

It will come as no surprise to any one that I wholeheartedly recommend this movie to every fan and movie historian and kung fu collector even slightly interested in wuxia and the Jiang Hu. See you next time! 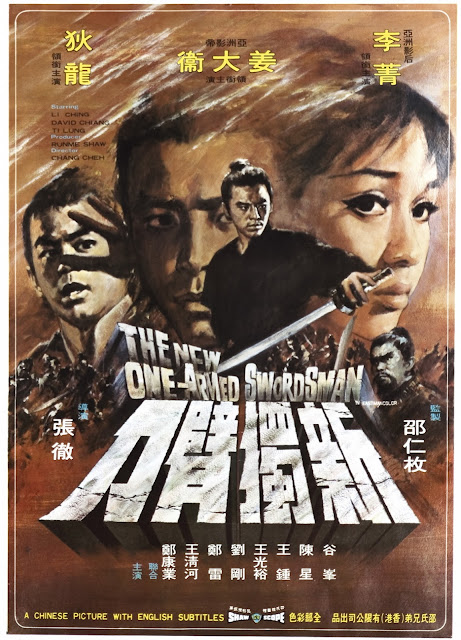