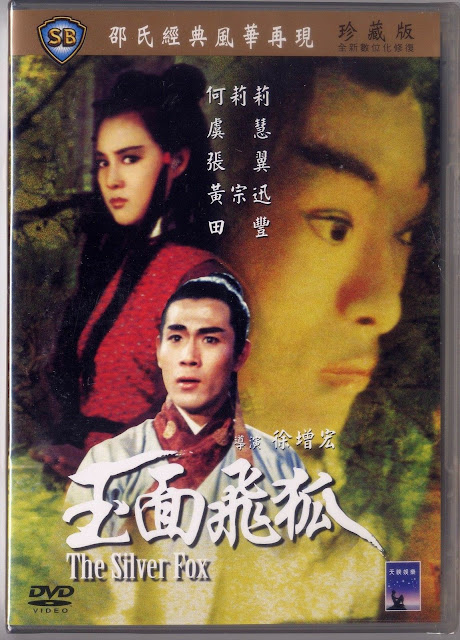 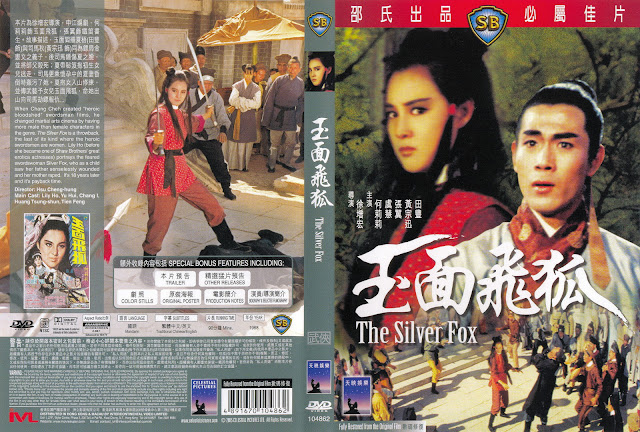 Hey, welcome back. Producer Runme Shaw continues the Shaw Brothers' vision of the female heroine in their wuxia movies with THE SILVER FOX (1968). He brings back both the director (Hsu Tseng-Hung) and writer (San Kong) of TEMPLE OF THE RED LOTUS (1965) and TWINS SWORDS (1965) in a mind numbing story of self indulgent evil you will not soon forget. Tang Chia and Liu Chia-Liang do the honors of the action choreography and actually get screen credit for it for the first time. Now let's check out San Kong's story.

Sima Chau is a victim, a victim of want and the world has conspired against him. He wants what belongs to his father. His father is the teacher of a famous kung fu school. The Deadly Palm technique are the specialty of the school and Sima Chau should inherit the system but instead his father favors an older student of the school, Hsia Wu, whom he has to call elder brother.  That handsome bastard was only adopted by his father and what he has should belong to Sima Chau. Hsia Wu's wife Pui Yu. Beautiful Pui Yu. She should be his, as well, in spite of her marriage to Hsia Wu, in spite of giving him a child, she should be his and she will be his --as well as everything else that should belong to him. He will fix them. He will fix them all.

For eighteen years Hsia Wu has hidden himself. He and his one-year-old daughter (Hsia Ching Ching) barely escaped Sima Chau's treachery and slaughter of their entire school, that day, when his own morals failed him. Hsia Wu has trained himself with the Deadly Palm Manual and has almost mastered the technique. He has trained his daughter in the martial arts as well. She is very good and has become The Silver Fox constantly harassing Sima Chau's escort business. Their ultimate goal, however, is to get revenge, to take their time and get revenge.

Huang Chung-Hsin as Sima Chau is not the star of THE SILVER FOX (1968) but his presence carries the whole of the movie. I say this because if even for a minute you do not believe in the sheer evil of his sense of entitlement then nothing else the cast does in this movie makes any sense. For me, I was sold from the very first snide look his character gave at the beginning of the movie to Tien Feng's character. Not only are the things we see significant but as we learn of the other characters we can only imagine the sinister things he must have threatened to get the characters to comply with his wishes. This story absolutely deserves a modern remake as a Netflix unrated series. If you know somebody, tell somebody.
HONORABLE MENTION: The rest of the cast deserves honorable mention for their parts are well done: Tien Feng as Hsia Wu, Lily Ho as Hsia Ching Ching aka Silver Fox, Chu Sam-Yin as Pui Yu, and Chang Yi as Hsu Shung Wu as the obligatory male hero.

FIGHT TIME: Welcome back, let's get right to it. We have a pretty interesting scenario here, while we have Tang Chia and Liu Chia-Liang as credited action choreographers but we don't a lot of action. What we do have is the first unarmed combat scenes and the first mention of an unarmed kung fu school. So The Silver Fox (1968) has some historical significance due to these facts as least as far as I can tell and until somebody else proves different. I counted no more than four (4) fight scenes including the finale some of them pretty short. Everybody does a good enough job with their fights but the star of this movie is the story.  Not that there's anything wrong with that. 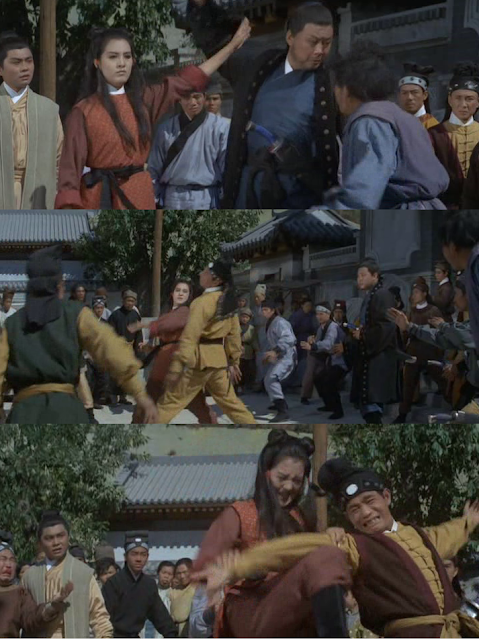 I already gave it away that I have every reason in the world to recommend THE SILVER FOX (1968). It is all about the story which could use some evening out but the front and back ends of the story are plenty powerful enough. The historical significance is just an added bonus for collectors to actually purchase the movie to own. This was a lot of fun, see you next time!

NEXT UP: THE MAGNIFICENT SWORDSMAN (1968) 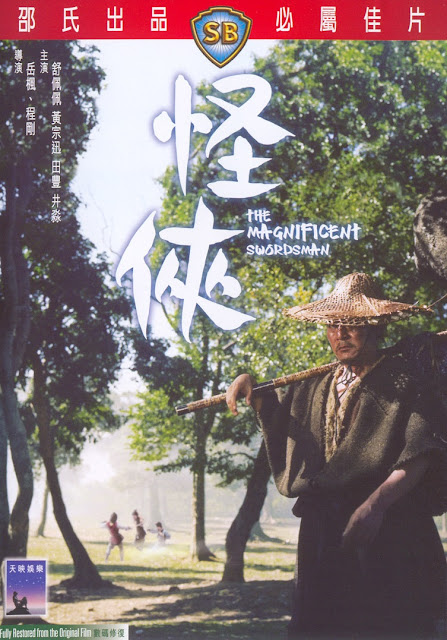