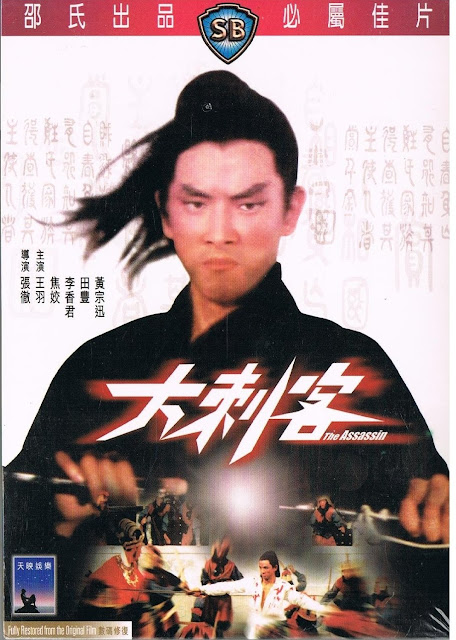 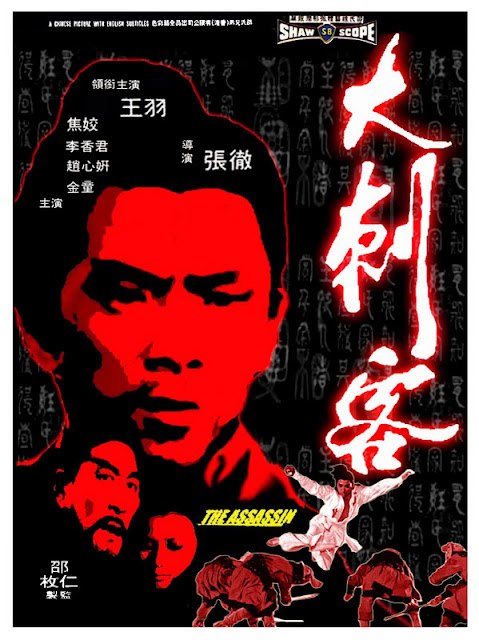 Hey, welcome back! Here we are reviewing the last kung fu movie for 1967. Run Run Shaw produces THE ASSASSIN written and directed by Chang Cheh based on the Ranked Biographies section (liezhuan) of the Records of the Grand Historian (Shiji) which was completed around 109 BC by Sima Qian shortly after the death of his father Sima Tan who began the work during the Han Dynasty. Liu Chia-Liang and Tang Chia once again, handle the action choreography for Chang Cheh. But keep in mind, the adaptation is only from a very small fraction of a section of the work so we don't need to go into details that will only complicate the matter. Okay, let's get busy!

Yen Chung Tzu is an official of the Han kingdom during the Warring States Period. He is very loyal and strongly opposes being submissive to the Qin Kingdom fearing ultimately this will lead to the Han Kingdom's demise. Premier Han Kui however has a plan that calls for him to speak to his nephew, the Emperor of Han, and convince him to submit to Qin in the best interest of Han. When Official Yen Chung Tzu voices his objections, Premier Han Kui threatens him and then send assassins to wipe him out. However, Fortune smiles on Official Yen because he has hired a wanderer to train his son in swordplay and this very person manages to save his life but not before Official Yen's own son is killed. Before he dies, he tells his benefactor the name and location of his elder classmate and advises him to seek out his classmate should he want revenge. Official Yen does indeed find this young man but can he convince this brave swordsman to become the assassin?

The late Tien Feng plays Official Yen Chung Tzu  with the regal composure of that can only be displayed by a true veteran actor. (May he rest in peace.) Jimmy Wang Yu is THE ASSASSIN and he is no longer the unsure young actor but (maybe under the influence of Tien Feng?) nails his character's emotions in scenes even when there are no words. He has taken international audiences by storm playing characters just like this. Confident but never over-bearing. (Take that Chuck Norris!) Lisa Chiao Chiao plays the Jimmy Wang Yu characters' love interest once again but it is the stuff for psychologist, at least in my opinion because she seems a bit matronly to me. (I think having Ching Ping back instead would have been a better casting choice).
HONORABLE MENTION: Zhang Pei-Chan (Cheung Pooi Saan) as the nasty entitled Xu Shi and Cheng Lui as the best friend / classmate.

FIGHT TIME:  Straight off, let me tell you, as it pertains to the sheer number of fight scenes THE ASSASSIN (1967) does not even qualify as a kung fu movie by my standard of a minimum of five (5) fight scenes. It falls short by one. I count four (4) fights scenes in the entire movie and yet I was not dissatisfied with the kung fu content. Liu Chia-Liang and Tang Chia did a remarkable job of displaying what sword fighting must have been like during The Warring States period (475 to 221 B.C.) and understandably during this period armies fought armies with very little person to person combat. As a result of their intelligence the movie succeeds as an appeal to the soul of the warrior with a realistic portrayal of what life would have been like for a patriotic assassin with no glorifying it at all. Bravo. Kudos also to Jimmy Wang Yu's portrayal of a young sword master and senior classmate / leader with very little dialog but with just his body language. I watched how he guided his classmates through the raid on his school without saying a word that the enemy could have used to know his intention. Great, just fantastic.

Chang Cheh, Liu Chia-Liang and Tang Chia, starring Jimmy Wang Yu is how you spell "classic kung fu movie" but to be honest I had never heard of THE ASSASSIN (1967)  before I researched her list to see what movie was next. This was a very good movie. My thing is, I love fight scenes, when I watch a kung fu movie I am looking for the kung fu. And yet, to keep it real sometimes a movie come along and qualifies as a classic kung fu movie without much kung fu in it at all. Such is the lesser known Jimmy Wang Yu kung fu movie THE ASSASSIN (1967) I strongly recommend it both for collectors and for anybody looking for a touch of Chinese history with their kung fu. See you next time! 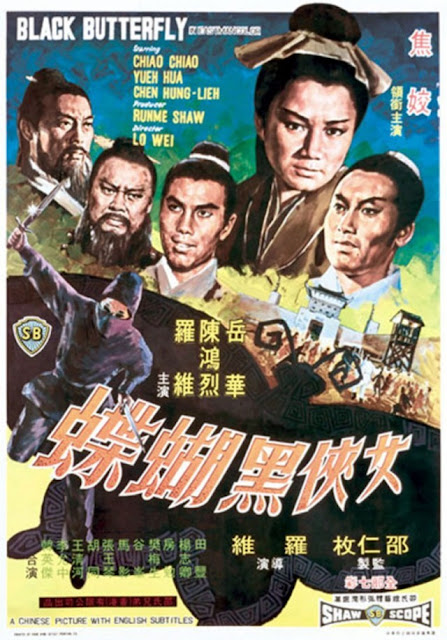