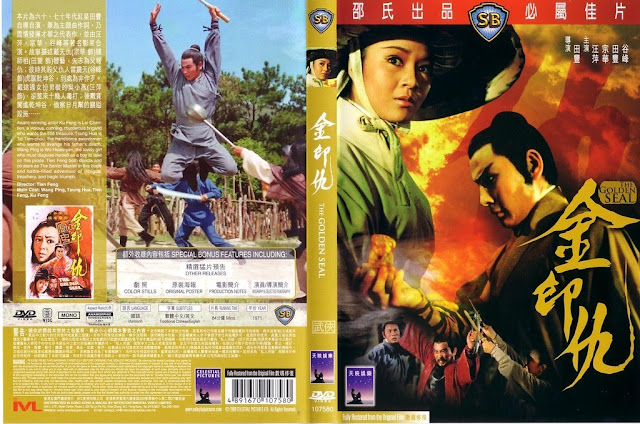 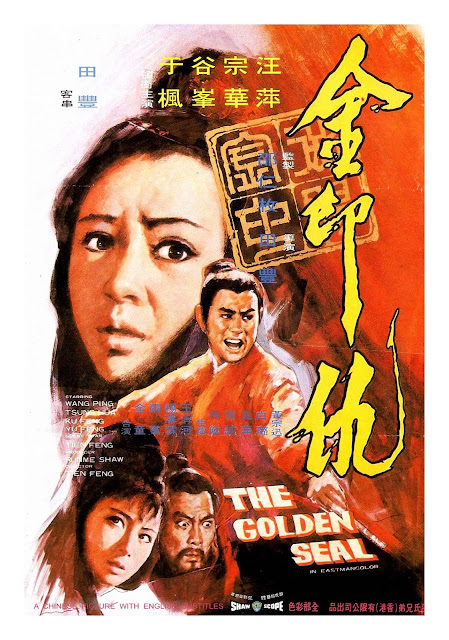 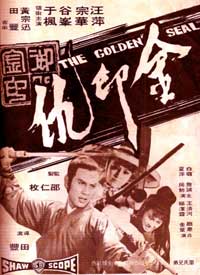 Released June 23rd, THE GOLDEN SEAL (1971) is directed by veteran actor Tien Feng, his first solo direction project. Working with Wong Yi-Wa (who?) writing the script and Leung Siu-Chung [THE LADY HERMIT (1971)] directing the action, Mr Feng gives us a typical tale of revenge with twists that seem awfully familiar but don’t quite mesh together in this story. Senior Shaw brother Runme Shaw gives Mr. Feng this opportunity as the producer, but I am not quite sure what the back story is. It is of record that Mr. Feng does some back and forth work between independent movie companies and Shaw Brothers in 1971 and 1972 before settling in with the rival company in 1973. All right, let’s get busy!


Lei Zhentian is a power hungry bully who is determined to rule the Jiang Hu by force. His gang of thugs have become the Sun and Moon Clan and one by one they have challenged the other local clans until they have become rather powerful in their own right. Along the way they have done many misdeeds and have crushed any who have stood before them while having no regard for righteousness whatsoever. Therefore it stands to reason Lei Zhentian has many enemies and it is his fate that they band together one day, to end him for once and for all.


HONORABLE MENTION: Pai Lu as the exotic cave-dwelling orphan keeps you interested in this movie that is less than totally original.  Tien Feng has a cameo as the Green Dragon Clan grand master in this movie he directed.

FIGHT TIME: THE GOLDEN SEAL (1971) has Leung Siu-Chung as its action director and once again his choreography is crisp and easy to follow, however there is none of the creative under-cranking I loved so much in THE LADY HERMIT (1971). The under-cranking used for this picture is either rushed or lazy and is sometimes unintentionally comical. Mr. Leung also seems to not have as much confidence in the women fighters as they are often stunt doubled to a fault and in an obvious way no less. I counted seven (7) fight scenes in this movie, which is a bit less than Mr. Leung delivered in his past efforts. Over-all the fighting here is a middle of the road effort or a “5” on a scale of “1 to 10”.


HONORABLE MENTION: The three way women fight in the cave could have been longer and with less stunt doubles would have rocked the house!

While there are some faults with THE GOLDEN SEAL (1971) it was still an entertaining film that I can confidently recommend for entertainment. The direction by Tien Feng is too much of a patchwork to be of merit to this great actor and his career shows that directing was not his passion. If you can see it without buying it then that would be ideal in my opinion. It is collectible only if you need to have all of the wuxia films produced by Shaw Brothers. See you next time!

NEXT UP: THE REBOOT OF THE PROJECT