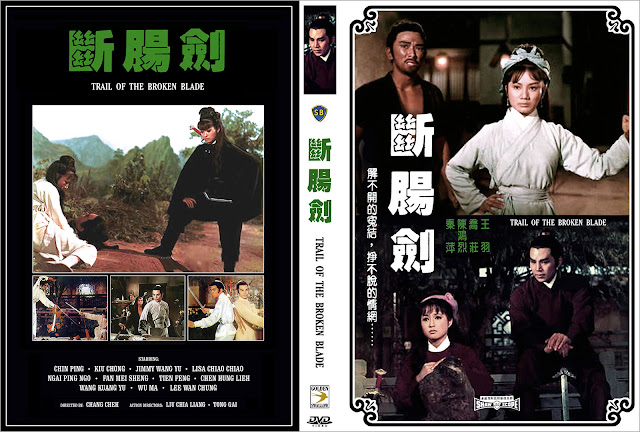 Fang Junzhao is one of the top, up and coming students of Wudang Mountain. One day, while on his way back to Wudang, he stops at a very small inn in Guandong Province for a rest. While there, he overhears a planned robbery of the household of retired Commander-in-Chief, Liu Xian. The bandits planning the robbery are persuading the younger son of the Flying Fish Island Clan Chief named Tu Hu, to help them because of the superior martial arts of the Liu family. The head bandit entices Tu Hu not only with the promise of plenty of money but with a description of Liu Xian's daughter, Liu Zhener  as the village beauty and how he could enjoy her thoroughly as she is "a perfect match for someone as bright as you." Later that same night, the bandits attempt the robbery but Fang Junzhao assists Liu Xian and his daughter, the end result being all the bandits dead and Tu Hu severely wounded and escaping back to Flying Fish Island.

Liu Xian very grateful for Fang Junzhao's help insists that Fang Junzhao elongate his stay at the Liu's home and in addition, teach his daughter swordsmanship. Fang relents and begins teaching Liu Zhener. However after a few days she interrupts her lesson to level with him revealing her father's true intention which is for Fang to replace Zhener's childhood love and former fiancé: Li Yue. Li Yue is the son of the former Commander-In-Chief of Zhejiang, Li Tiancong. Li Tiancong became a hero by defeating some Japanese pirates which plagued Huang Jiang. Li Tiancong was then falsely accused and convicted by an Imperial Minister and died in prison. Li Yue murdered the Imperial Minister for revenge and is now wanted by the Imperial Court and must hide and stay on the run. Liu Zhener is resolved never to stop loving Li Yue but is forbidden by her father to search for him. Fang having fallen for Zhener and being a gallant gentleman, he swears that she will forever be his close platonic friend and furthermore he will search for Li Yue to bring the forlorn lovers back together.

In the meantime Tu Hu has made it back home to Flying Fish Island but unfortunately his wound has taken a serious toll. As he is surrounded by his father, Tu Qianqiu aka The Black Net Devil and his older brother, Tu Long --in answer to his father's question "Who hurt you?" Tu Hu pulls out the dart wounding him, holds ithere on the dart is the killer's name and address. ( I kid you not!) However, Qianqiu's response is quite telling. With his son killer's name and address before him he tells Tu Long to take some men and "go wherever you have to go" and bring me Fang Junzhao of Wudang's head. How he does NOT respond is to gather all of his men to raid Wudang Mountain to revenge his son's death because I think he knows that even the housekeeper at Wudang would kick his men's ass and the senior students would take turns kicking his! So, the movie does not conclude this way but with Tu Long and his Jiao Four and other men take to the road to find Fang Junzhao of Wudang "wherever he may be" So we have Fang Junzhao and Tu Long, both on "THE TRAIL OF THE BROKEN BLADE" both looking for men but for very different reasons and you can bet with very different results!
t up to his father but then falls dead dropping the dart on the ground. Tu Long in anguish cries out "Dad, Hu'er is dead but he didn't tell us who killed him!" At this, Qianqiu picks up the dropped dart wipes off his son's blood and

THE TRAIL OF THE BROKEN BLADE (1967) is written and directed by Chang Cheh and unfortunately is NOTone of his better efforts although to be fair he is trying to crank them out at a Hong Kong movie production's speed which is quite challenging, numbering more that a dozen in a single year.  The cast is top notch for the studio at the time with heartthrob Kiu Chong playing Fang Junzhao of Wudang, Jimmy Wang Yu as Li Yue, andChin Ping as Liu Chen'er renewing the chemisty between the two (her and Wang Yu). Paul Wei Ping Ao does an excellent job as Shi Gan "the fearless" in a rare role as a good guy (though not all good). The villains have top notch representation as well: Tien Feng as Tu Qianqiu Chief of Flying Fish Island, Chen Lung Lieh as elder son, Tu Long, Wang Kuang-Yu as the younger son, Tu Hu.
FUTURE STAR GAZING: more stars than you can shake a stick at including Liu Chia-Liang, Tong Gaai,Paang Paang, Cliff Lok, Lau Kar Wing, Wu Ma, Fan Mei Sheng, Cheng Lui, and the lovely Lisa Chiao Chiao who actually has a nice size role in this movie.

FIGHT TIME!: Normally I would be very excited about 'FIGHT TIME!" the section where I talk about the number and quality of the fights scenes in the movie. Unfortunately (yes, again) this is a major failing of the movie and I suspect is a self-inflicting wound. Kiu Chong while the Shaw Brothers Studio heartthrob SUCKS BIG TIME AS A FIGHTER. His fight scenes are horrible. Even Chin Ping outfights him! What I mean by "self- inflicting" is seeing how bad Kiu Chong looked Chang Cheh probably limited his use of Kiu Chong as a fighter in favor of the much more athletic Wang Yu but with Kiu Chong as the bigger star had to also use less fight scenes. As it pertains to Wang Yu, his performance is up to his usual high standard for the time but I counted only 4 (four) legit fight scenes in this a 1 hour and 44 minute movie, and it includes the long finale. This, for me, is a red flag and takes this film out from being a martial arts movie to being a movie with some martial arts. Not good.

All things considered, I can only honestly recommend this movie as a COMPLETE COLLECTOR'S BUY only. If you are not collecting all of the Shaw Brothers movies I do not recommend you buy this one. Also if you do not have 1 hour and 44 minutes to spare to watch this movie for free, keep in mind you will never get that time back. Invest your time wisely.