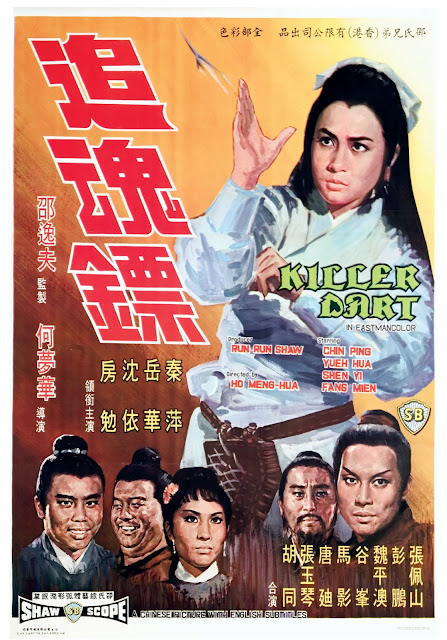 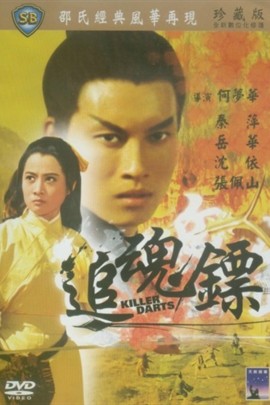 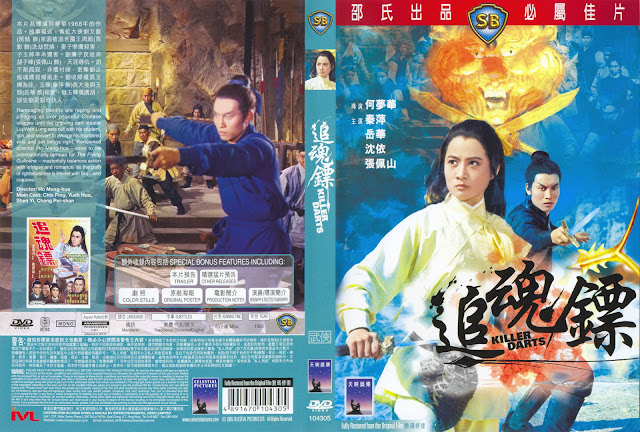 Producer Sir Run Run Shaw continues with his direction of using his stable of beautiful actresses to headline his movies choosing the lovely and capable Chin Ping to star in KILLER DARTS (1968). Killer Darts is written by Tun Yun-Chih [who also wrote Golden Swallow (1968)] and is directed by veteran Ho Meng-Hua. Let's check it out.

They search for three years with there being no sign of the bandit chief. One day they stop at a well to use the water. Hu Chi-Feng is very much taken by a woman at the well who is minding her own business just washing her family's clothes. He decides to return to the well and rape the woman, killing her husband in the attempt. Her cries for help are answered by Master Liu who wounds his own student and orders him to commit suicide. Instead he uses a killer dart to murder the woman and makes his escape severing ties with his teacher.

Meanwhile the couples' young daughter, Jin Yu-Sien, comes across her mother's slowing dying body. Her mom manages to tell her to keep the dart safely as a means to identify her killer and one day get revenge. Ah Fu befriends Jin Yu-Sien and persuades her to take his master as her kung fu teacher so she may avenge her parents. Neither Ah Fu nor Master Liu tell Yu-Sien all the details of her parents murder. Eventually Master Liu and his new family settle down in a village with kindness meeting kindness. More than ten years pass by and Master Liu is quite pleased with the progress his students have made with the Ching Hung Sword's 36 styles. He is ready to pass on to them its deadly secret and then, bandits come to the village... 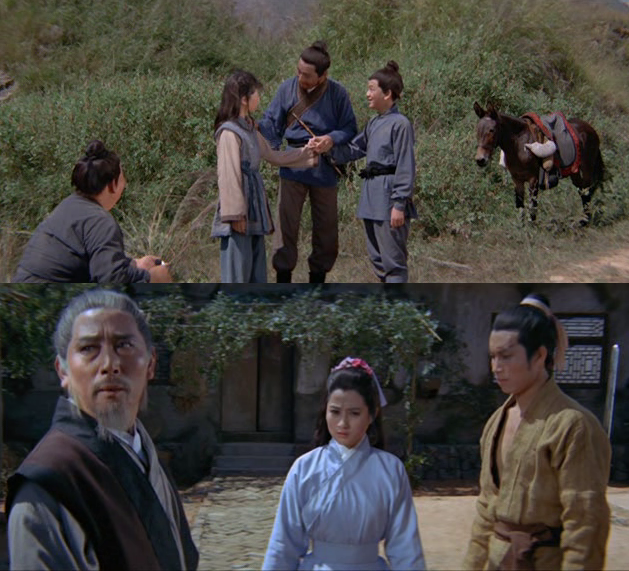 Fang Mian plays Master Liu Wen-Lung of the Ching Hung Sword. I have noticed on some number of films he is cast as the older, genteel kung fu master of the gifted student that becomes the hero of the story. In KILLER DARTS (1968) however, all of the students are his. Most interesting of his students is Chang Pei-Shan's character Hu Chi-Feng whose perception of his teacher's morals certainly deserves further scrutiny but I know of no literary source for this story so I guess we will never know. I have also noticed that Chang Pei-Shan is often cast as the disgruntled student but he plays them quite well and is so believable he is easy not to like. The lovely Chin Ping gets top billing and is cast as Jin Yu-Sien: the character learning kung fu for revenge. She is careful not to play this character with too much confidence or maturity like her character in the Temple of The Red Lotus Trilogy. So I buy into her character's actions, even when they are not exactly correct.

FIGHT TIME: Here we go once again in my favorite part of the movie review. I counted six (6) full fights scenes spread throughout the one hour and twenty-four minute movie and with the many interesting subplots, they left no room for boredom. There was no one credited for fight choreography for KILLER DARTS (1968), however someone quite deliberately was very generous with the amount of under-cranking used and it was calibrated quite carefully giving the techniques a smoother look that I imagine in 1968 must have been very impressive. Chin Ping held her own but Yueh Hua was the best fighter in the movie. I must say though, The 36 Styles of the Ching Hung School could have been a bit more prominent in the plot considering the finale, but that it wasn't did not ruin the movie. Very good job!

KILLER DARTS (1968) is a fine production worthy of the SHAW BROTHERS name and I wholeheartedly recommend it for casual viewers and collectors alike. 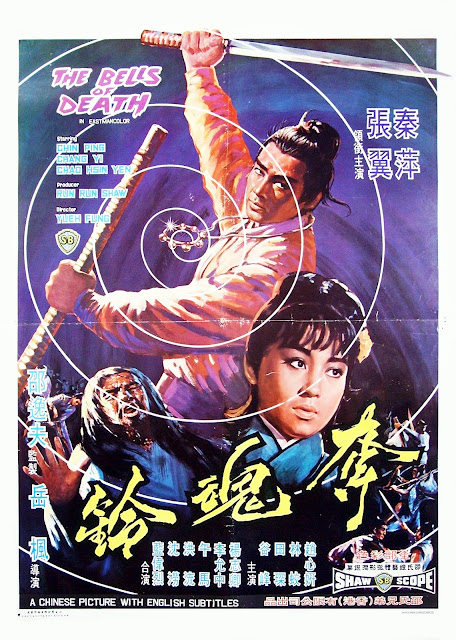