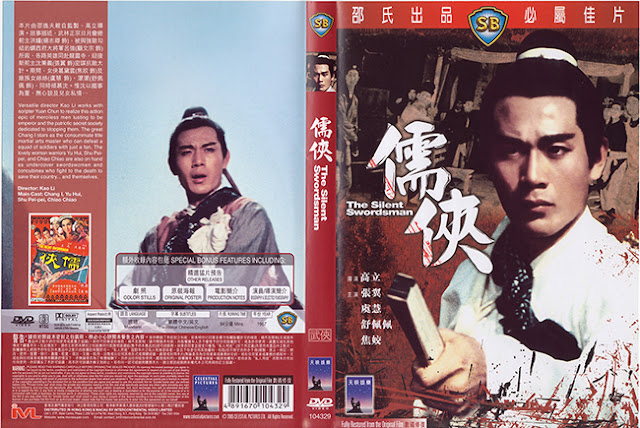 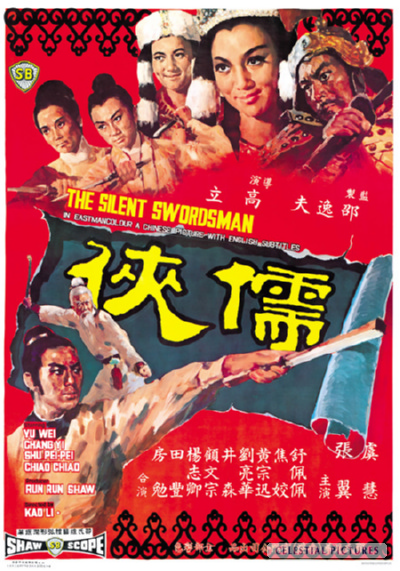 We are back on track, meaning back to the consecutive order of release in our movie reviews. After THE ONE-ARMED SWORDSMAN  (1967) Shaw Brothers released THE SILENT SWORDSMAN (1967) an adaptation of Jin Yong's wuxia novel titled THE BOOK AND THE SWORD. Let me spoil it a bit for you right off the bat. If you are looking to be "wowed" by martial arts excellence then this is not the movie for you. Even by 1967 standards this film is "retro-produced" and looks very similar to the black and white, Peking Opera type movies of the 1950's rather than the Chang Cheh state of the art style of the late 60's. Understandably, it was still a bit too early for Shaw Brothers to consider quitting on this style back then. So let's see what we have.

Some time during the Yuan Dynasty, Central Plains (China ) is beset on it border by an invading army. The Zhenxi Provincial General Lu Qiang is responsible for sending reinforcements but has made a deal with the invading enemy after receiving gold and jade from them to expand his influence and territory in exchange for not sending reinforcements to the troops protecting the border. The general fighting at the border General Yuan Chonghuan has sent messengers to two locations. One back to the capital to report the incidents to the emperor and another to the leader of the Sun Moon Society Hong Zhong, asking him to investigate the details secretly. He also asked both the emperor and the leader of the Sun Moon Society to encourage General Lu to send reinforcement troops to the border as soon as possible.

In the meantime our protagonist, Shen Bingyi is sent off by his master to join his elder brother in the martial arts who just happens to be the very same Hong Zhong, chief of the Sun Moon Society. Shen Bingyi's master also used to walk the Jiang Hu and was famous for his weapon of choice which was a folding fan that could project long silver needles at the enemy with amazing accuracy. This weapon he bestowed to Shen Bingyi to carry with him on his adventures while helping his elder brother and the Sun Moon Society "Weed out the wicked and bring peace to the public." This Jin Yong adaptation is the most ambitious yet from Shaw Brothers. With the exception of the earlier dynasty and character details, this script pretty much follows The Book and the Sword in general principle better than any previous adaptations that only adapted a plot or two from the source book. (They also changed "the book" to "a seal" and "the sword" does not exist because there is no gift given to Shen Bingyi from "Princess" Sisi in this movie version).

The casting is top knotch as far as the mature characters are concerned and this is definitely an all-star cast showing the proper respect for the source material (big ups to Director Kao Li and Script Writer Yuan Chun) but the younger cast members are pretty much newbies. Chang Yi plays Shen Bingyi and his newness to acting shows --don't get me wrong, he doesn't do a bad job but he is not "one" with his character as he becomes in his future roles as a villain. Yue Wai is "SiSi" the older nomad princess and Shu Pei-Pei is "Mengmeng" the younger nomad princess and Lisa Chiao Chiao rounds out the young girls of the story, as she plays the daughter of one of the Sun Moon Society elders.

Future Star Gazing: you will recognize Cheng Miu, Tien Feng, Yeung Chi Hing,Fang Mien, as well as villains played by Goo Man Chung, Wong Chung Shungand Tong gaai aka Tang Chia. There are also cameos by Lo Lieh, Wu Ma,Simon Yuen and Yuen Woo Ping and Yuen Cheung Yan.  I hope it has become apparent that I and trying to reveal as little as possible of the story because even thought it is based on Jin Yong's first novel, The Book and The Sword is also one of his best outside of the Condor Heroes Trilogy. If this is your first experience with this story I know of no greater robbery than to take your experience away telling the story in this poor review. 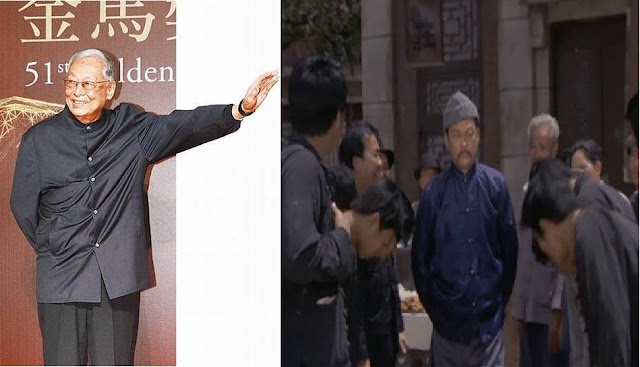 I regret to inform my readers that it is reported from Hong Kong that Mr. Tien Fengwhom American audiences first met in March 1973 in the movie FIVE FINGERS OF DEATH as the ill-fated Master Meng has passed away at the age of 87 a few days ago. May he rest in peace.

FIGHT TIME!:  In THE SILENT SWORDSMAN, martial arts takes a back seat to the plot and characterization. In fact even though Tang Chia, a very capable martial art choreographer is very much in the movie and would have been available, Sir Run Run Shaw (the producer) chose to not have an action director nor credit anyone with the martial arts choreography. Indeed the fight scenes (of which I counted ten and most of them are very short save the big finale) look very ad hoc with the notable exception of the smooth move made by Chang Yi's character that had Yue Wai's character swooning and clearly in love at first fight! That scene, I enjoyed very much --but I digress: this is a retro style of movie making and was very much what Sir Run Run had in mind for his new wuxia genre. I feel, however, fate had other plans that ,in my opinion, made Sir Run Run and Shaw Brothers Studios far more successful than they would have been otherwise.

There is no way I can call THE SILENT SWORDSMAN (1967) a bad movie even though it is, in my mind, not my stylistic cup of tea, so to speak. It was certainly worth my time watching and there are people not yet born who will also benefit from watching this movie to see the evolution of the way wuxia movies were produced in general and Jin Yong novel adaptations were produced in particular. In addition the role of the action director or martial arts choreographer is greatly emphasized by its absence and so students and collectors of Shaw Brothers and wuxia movies will also benefit from having and viewing this movie. So, did I enjoy it? Yeah, you got me --even though I am one of "those people"that watch kung fu movies for the kung fu, I did enjoy this movie and it made me a greater appreciator of the writing skills on the wuxia author Jin Yong. So, I'll see you next time and then the popcorn is on me! 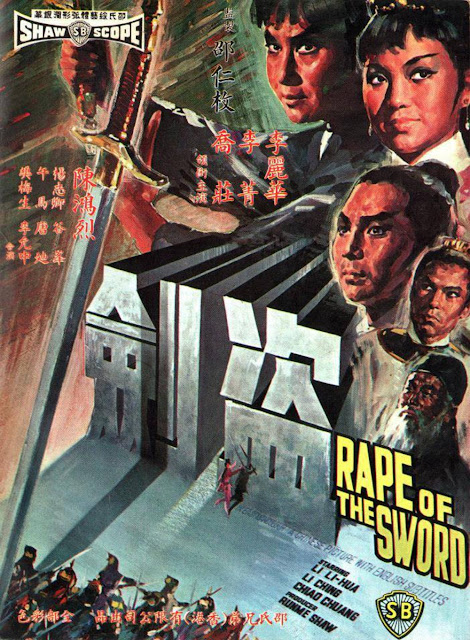