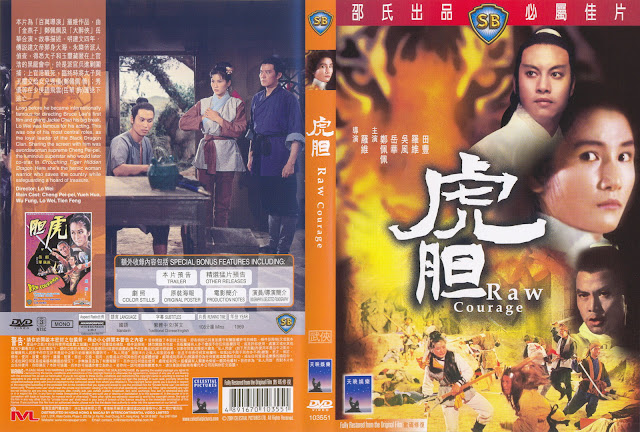 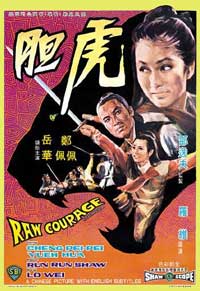 During the Ming Dynasty [1368 - 1644 (276 years)] it was very common for Han crown princes and eunuchs to fight among themselves for power after the collapse of the Mongolian rule. Good guys, bad guys? It was all relative based on who you believed was the rightful heir to the throne. Our next story is steeped in this historical fact.

Emperor Jianwen's palace is set upon by forces loyal to Emperor Yongle. With defeat eminent Emperor Jianwen trusts his infant son to the Chief of the Black Eagle Society,  Shangguan Hou asking him to unite with the righteous heroes of the Jiang Hu to restore his (Emperor Jianwen) reign with the infant crown prince.

A short time later, The Black Eagle Society is paid a visit by swordsmen of the Jiang Hu loyal to Emperor Yongle including the godson of Eunuch Qiren: Yen Tsang, Chief of the East Sea Clan and Yu Hua Chiao of the "Scarf" Clan asking for the Black Eagle Society to switch loyalties to Emperor Yongle and to turn over the infant crown prince to them. In the violence that subsequently ensues,  Chief Shangguan is mortally wounded. Chief Shangguan, his daughter Hsiu Yi, and his top disciple Chin Chen Hsiung retreat to his fortress's inner sanctum and he gives his daughter the infant crown prince and a mission to rendezvous with his brother the Chief of the White Dragon Society on February 15th in his place to fulfill the wish of the dead Emperor Jianwen.

Hsiu Yi and Chen Hsiung leave the fortress but are discovered by a few patrolling soldiers. They are helped by a elder calling himself "Old Beggar" and he assists them in going on the run from Yen Tsang and his men while journeying to rendezvous with the White Eagle Society. "Old Beggar" tasks his student Chou Fei Yun with helping them pass the many military check points all the while staying out of the grasp of Yen Tsang. Will they reach their destination in time?

FIGHT TIME: RAW COURAGE (1969) has two action choreographers: Hsiao Chi Lin aka Little Unicorn (childhood friend of Bruce Lee) and Simon Chui Yee-Ang. This is very much their early work so their is no need to judge it too harshly especially considering it is state of the art for 1969. The fight scenes are clear and with an exception or two easy to follow and makes use of under-cranking which is not over-done. There is plenty of shouting to emphasize effort in technique and I was pleased by that as well. If there was a fault it was with the sheer number of opponents faced by the heroes which got a little hard not to smile about. I counted eight (8) fight scenes which over one hour and forty-eight minutes is still plenty. Nice job.

RAW COURAGE (1969) is one of the early Shaw Brothers movies that deserve a look-see just to get a taste of what the sixties were like for the wuxia genre. A historical look a the great Cheng Pei Pei is also another reason to seek out this movie that I am certainly going to recommend but for people with a taste for the nostalgia and collectors only. See you next time!